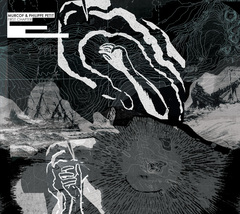 Hailing from Tijuana, on the Mexico/US border, and now a Barcelona resident, Fernando Corona rose to attention as part of Mexican collective Nortec, mostly for his work as Terrestre, but it is with another project, Murcof, that he has made an extremely strong impact. Merging micro-beats with samples of contemporary classical music, his work, often crystallised into sweeping haunting pieces, bridges the gap between Arvo Pärt or Henryk Górecki and part of the electronic scene of today. He is credited with being one of the main influences of the likes of Erik Skodvin and of many of the artists who have appeared on Miasmah in recent years.

On special occasions Mark Cunningham can join our duo:

Born in New Jersey on April 7, 1952, started playing trumpet at age seven, guitar at 13 and bass at 17. Attended college in St Pete, Florida, where  he met and collaborated in music and theatre with Arto Lindsay.
Moved to Manhattan in 1974 with Lindsay and soon after originated the No Wave Movement with his band MARS. With this group took part in the legendary "No New York" LP (1978), produced by Brian Eno (with James Chance & The Contortions, Teenage Jesus & The Jerks -Lydia Lunch- and DNA -Arto Lindsay-). Then he also collaborated with many others including Lydia lunch, Christian Marclay, Rudolph Grey, J.G. Thirlwell (Clint Ruin/Jim Foetus) Arto Lindsay and Tony Maimone (Pere Ubu). Mark moved to Barcelona in 1991 and in the following years developed the concept of Raeo and began working with Pascal Comelade in his Bel Canto Orchestra. It's been almost a decade that Convolution is the musical/visual expression of Mark Cunningham and Silvia Mestres.